ONLY A FEW SURVIVED

The fact is that very few of the many Ikkanbari items created by the House of Senoshi during the Edo period have been found.

This is deeply related to a historical background and also the fact that Washi paper made Ikkanbari is very light in weight.

Many of Japan’s works of art and traditional crafts that were considered national treasures were lost or sold domestically and internationally between the end of the Shogunate and the start of the early Meiji period.
Ikkanbari works by the House of Senoshi were not exception. Many items were also lost or sold from the House of Tokugawa domestically and internationally.

When rediscovered in modern times, they have often been mistaken for plastic due to their light weight and disposed of accordingly.
There were even Buddhist statues made from Ikkanbari, but those are believed to have been lost at this time.

If you think you might know of some Ikkanbari items, do not destroy them! Contact us instead! 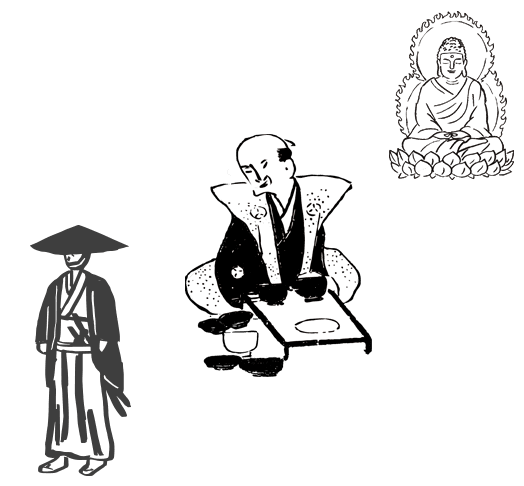 The length of the telescope is about 350 cm when its tube is extended.

The rise of astronomy in Japan during the Edo Period

The science of astronomy arrived in Japan from the West in the mid Edo Period.
New observations of the sun, moon, and stars demonstrated that the movements of the heavens did not match the Chinese calendar used at the time, and this caused controversy.
The Edo Shogunate decided to revise the calendar, and the first Japanese calendar was created in 1685 by Harumi Shibukawa.
The Edo Shogunate also established a research organization to study astronomical phenomena and calendars called Tenmonkata. Harumi Shibukawa was in fact the founder of Tenmonkata.

Accordingly, Yoshimune Tokugawa ordered the House of Senoshi and lens craftman to produce a telescope out of Ikkanbari in order to observe the sun, moon, and stars at the observatory in the Edo castle.

See more details from below

Ikkanbari found at the World Heritage Kew Gardens in the UK